After I have seen the "KX3 GoBox 2012" from Tom, OE2ATN, I want to make my own KX3-Box. There are some things, that I wanted to have  into my box. So I have spent a long time in planning. Now I'm happy, that I could realize my ideas.

The next problem - when I wanted to order the Sigg-Box, it was nowhere available in the color, I want. So I had to buy the box in this color... At the next time, there was a long time in building this box. But when I see the result, it worth it...

For example, the AF-Amp is an TDA 2822M in Bridge Mode. It's enough for the small speaker which ist installed in te Box. The PTT is also an push- and snap-buttom. The accu is an 4,2Ah LiFePo with 13,2V. If an externel Voltage is connected, a relay is switching the accu off. So I can work with externel Voltage and in the same moment, I can charge the accu. There is also an DC-Out-Jack on the backside. So I can connected some other equipment - as well, with the internal accu. For the frontpanal, I took transparent acrylglas. So I can see, if there is something wrong with the componets inside (smoke etc...).

Here the top of my Box: 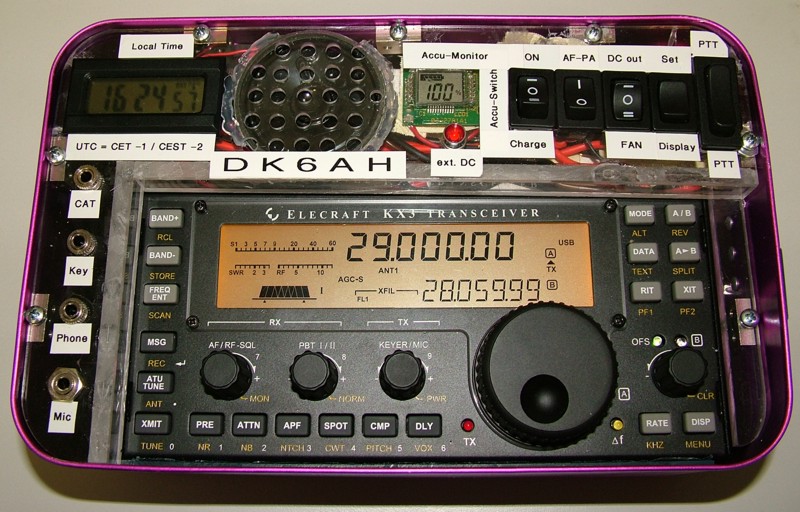 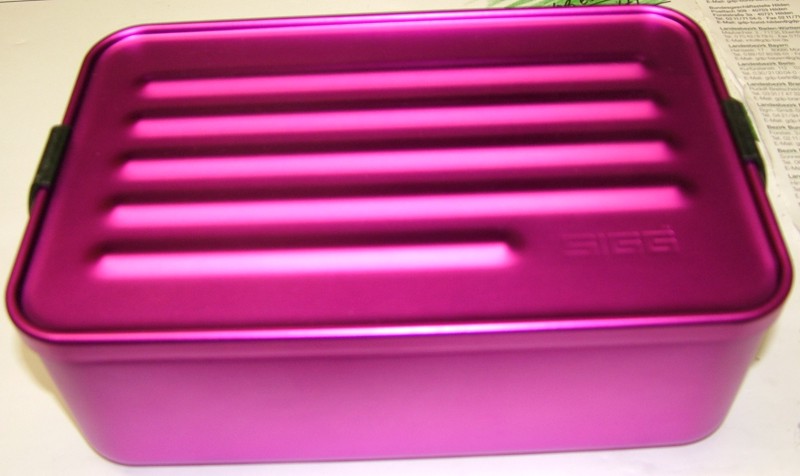 For those who want to rebuild this box, here the Schematic and the AF-Amp. The material-list is only in German.

When I work with my new KX3-Box at home, I notice, that it would be more confortable, if the TRX would be more addicted. So I build a holder for my box. From the front panel I had some acryl glas remain. So I decided to build it with acryl glas.

Here the holder with the KX3-Box in front: 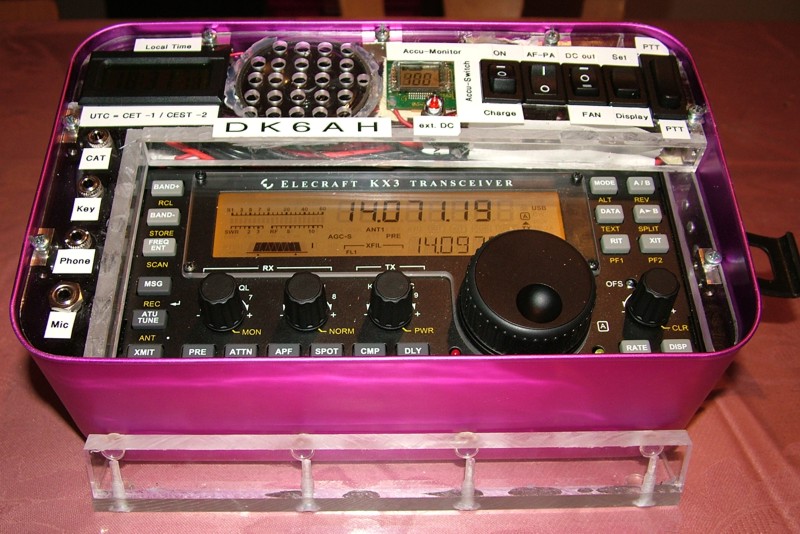 Here the holder with the KX3-Box sideways: 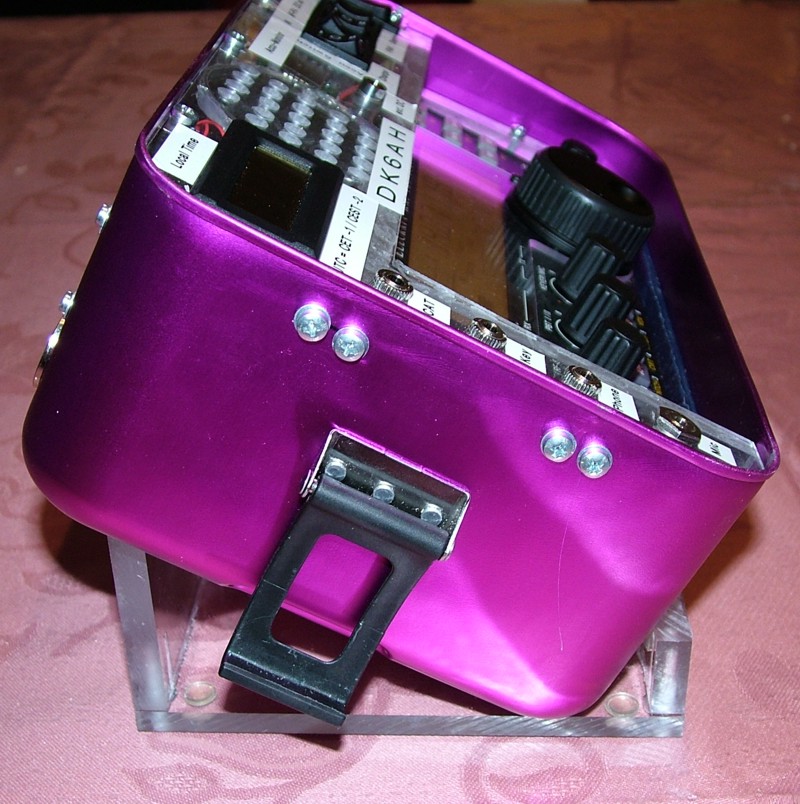 Here the holder in front without the radio: 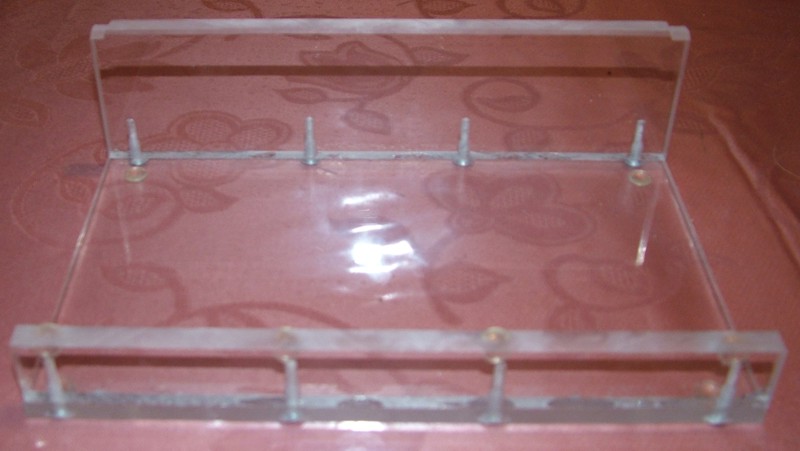 If you rebuild this box or the holder, only at your own risk.